The potential benefit of using a deferred annuity within an IRA

For more on this and other useful insights you can use with clients, check out the latest issue of Current from the Nationwide Retirement Institute.

Commentators have argued against using an annuity in an IRA for various reasons. The argument goes that because an IRA already receives tax deferral, any additional expense associated with placing an annuity inside it is unnecessary. On its face, these observations may make some sense. However, a deeper look into the issue may provide some surprises.

Many modern annuities have more to offer than just tax deferral. Some offer other benefits that make annuity products much more attractive than ever before. Consider the dreaded “g” word.

IRAs are wonderful vehicles for accumulating a source of funds to provide income in retirement. When retirement is approaching, most financial professionals’ focus turns from accumulating funds to the most efficient distribution of those funds. This is where income guarantees come into play.

Income guarantees can help facilitate the transition from accumulation products into retirement income designed to last throughout retirement. Consider an IRA annuity with a living benefit as a possible bond/ fixed income replacement within the client’s investment portfolio.

Generally, within five to 10 years of retirement, consider transferring current IRA or qualified plan balances to an IRA annuity with living (income) benefits. Qualified plan balances can be used to fund an IRA annuity with a living benefit. Usually, this is done by way of rollover or direct transfer from the plan sponsor after the employee separates from service. However, some plans do allow for distributions while the employee is still working.

All the usual IRA rules still apply to an IRA annuity. Unless there are nondeductible contributions to the IRA, all distributions received from the IRA will be taxed at ordinary income rates in the year received, with the remaining balance receiving tax deferral.

This allows the IRA annuity with the living benefit time to grow until the owner decides to take distributions. With these living benefits, remember that excess withdrawals will reduce future guaranteed income. Just as important as income guarantees to some clients is leaving a legacy for their heirs. This is where death benefit guarantees come in.

Death benefit contract provisions are the second point in a two-pronged approach to annuity guarantees. At the most basic level, death benefit guarantees are straightforward. Many annuities offer a basic “step up” in death benefits at certain intervals. (Remember that death benefits are reduced for any amounts withdrawn from the contract.) And, as with living benefits, multiple IRA contracts may be structured to take RMDs from one or more, and not from others, allowing the guaranteed amounts to grow.

Most annuities have a standard return of premium guarantee so that the beneficiary gets back at least what was put in, minus withdrawals. Some other common provisions could be for a basic account value step-up at certain intervals. Step-ups at one-year and five-year intervals are common, and these values are locked in on the respective contract anniversary. These types of death benefits have been around for many years and are very common.

Just as annuity contracts have evolved over the years, so too have death benefit options.

Most of the time, the death benefit option available will depend on the type of annuity purchased and will vary in direct correlation to the amount of risk chosen to be taken. For instance, a regular variable annuity (VA) can be invested in a array of variable subaccounts and could have unlimited upside earnings potential in an up market. Unfortunately, it could have unlimited downside risk of loss in a down market.

To ameliorate some of this risk, the fixed indexed annuity (FIA) was created. The FIA introduces the concepts of caps and floors. These annuity returns mirror those of a popular index, such as the S&P 500. The client is not invested directly in the index but in an account that mirrors the performance of the returns of the index. These products also have caps or ceilings on how much of the returns of the index are credited to the annuity account. Working in tandem with the cap is also the floor. In exchange for the limited returns of the cap, the floor also ensures that the account does not lose value with a downturn in the index. For example, the cap on earnings might be 10%, with the floor at 0%. In this simplified hypothetical, that means that the annuity will not be credited with more than 10% no matter how much the index is up, but losses cannot go below zero no matter how much the index is down, so the principal is protected.

As a hybrid of the VA and FIA, the registered index-linked annuity (RILA) was developed to allow the client to better customize their potential for gains and losses. In a RILA, the concept of a buffer is used in addition to a floor to limit downside risk and potentially increase returns to an even greater level. These concepts have been explored in depth elsewhere and will not be further explained here. Suffice it to say, in its simplest form, the RILA allows the annuity owner to participate in greater returns, while also participating in some downside risk of loss.

All of these annuity features can greatly enhance the potential for greater death benefits and potential legacies for heirs.

Some annuity providers offer a spousal protection death benefit feature that helps spouses provide for each other no matter who passes away first, and no matter which spouse owns the contract. With spousal protection, the surviving spouse can choose to receive a payout and receive a guaranteed death benefit or continue the contract at the amount of the death benefit or contract value, whichever is higher. This may be available for use with qualified funds, depending on the type of contract chosen. An annuitant-driven contract is typically utilized in this instance. A second guaranteed death benefit is also allowed with certain contracts when the surviving spouse passes away.

Knowing the parties to the contract is vital when considering the mechanics of transferring an existing IRA account to an IRA annuity with guaranteed benefits. The owner is the IRA account holder, as it is permissible to have only one owner of an IRA contract.

The annuitant is the same as the owner. If the joint life option feature is selected, the owner’s spouse must be listed as co-annuitant.

The successor beneficiary can also be named by the owner and is able to finish the distributions that the original beneficiary chose if the primary or contingent beneficiary doesn’t receive them all before their death.

Regardless of any debate, using an annuity in an IRA should be considered because of everything a modern annuity has to offer.

As a final thought, an IRA owner or financial professional should understand that when transferring current IRA funds to an IRA annuity with a living benefit and/or a death benefit, a trustee-to-trustee transfer should be employed to avoid running afoul of the relatively new restrictions applicable to traditional 60-day rollovers.

Nationwide offers a wide variety of annuity products for every stage of a client’s journey.

Here are some common questions and misconceptions every financial professional should be prepared to address.

Help your farming and agricultural clients be prepared for any potential economic downturn or situation. 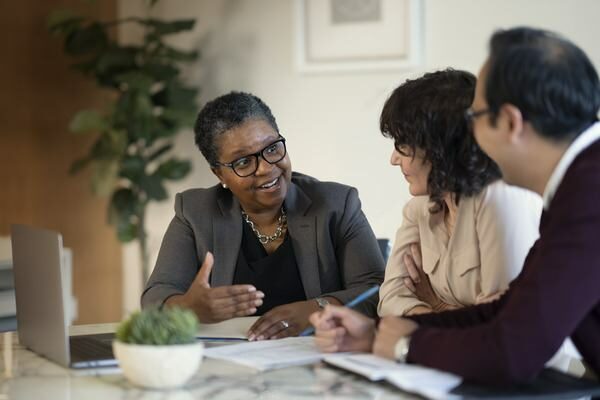