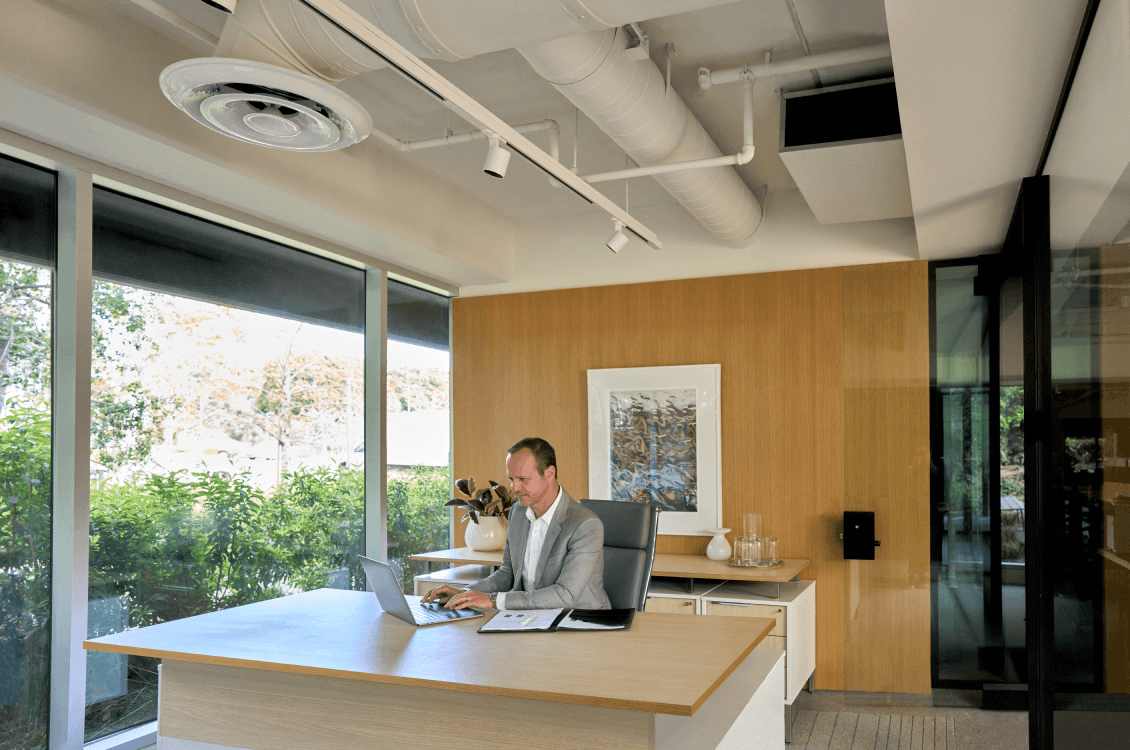 Considering the power inflation can exert over the economy, there’s something poignant in searching for historical parallels to understand today’s inflationary crisis. According to the Federal Reserve, since World War II, there have been six periods when inflation (as defined by the Consumer Price Index or CPI) was at 5% or higher. Although the sources of high inflation might have differed in each period, the visceral reaction of consumers was essentially the same.

Consumers feared inflation would be pernicious in each period, gradually eroding their financial security and sowing the seeds of financial uncertainty. Then, the crescendo ended with consumers accepting an economic downturn as inevitable. In the current environment, 60% of U.S. families see inflation as their top financial concern, according to a recent poll by the Nationwide Retirement Institute®. Additionally, 88% of U.S. families expect an economic downturn in the next 12 months.

Understanding how investments perform during periods of high inflation and reviewing the historical record to see if high inflation directly causes a downturn can provide investors with a roadmap to navigate the current inflationary environment. 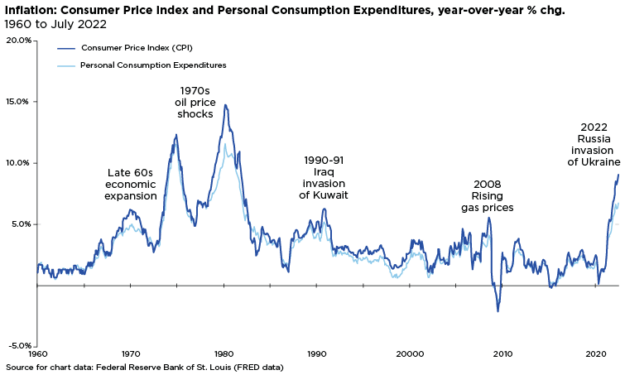 When inflation rises, the relationship between inflation and equity performance is not straightforward nor a one-size-fits-all rule; different asset classes respond differently to inflation. Research suggests that stocks generally do well during periods of higher inflation. However, a lot of the volatility in the market can be attributed to the sudden, sharp price spikes associated with rising inflation. Blackrock backs up this notion by stating how “our review of data back to the 1920s finds that equities perform well as long as inflation isn’t out of control — over 10%, which is historically rare and not our expectation even in this unusual cycle. Value stocks have performed particularly well in above-average inflation environments (5%-10%).”

A significant factor to remember is that company earnings are nominal (not inflation-adjusted), and companies with high operating leverage usually benefit when inflation rises. Intuitively this makes sense and illuminates why value stocks have outperformed growth stocks so far this year. It’s also important

to remember that growth stocks rely on long-term cash flow projections and deteriorate more from the discounting effect of rising interest rates than value stocks. One caveat is history is never a perfect guide, and, unlike the past several decades, real yields are still depressed. Equity returns are generally better when real yields are low, regardless of the inflationary regime. Suppose inflation rises, similar to what we see at present. In that case, the Federal Reserve would be forced to prioritize price stability (increasing rates will raise real yields, pressuring returns) or growth. Which brings us to our next question: does high inflation always lead to a downturn?

With the Fed trying to subdue inflation, investors worry that the economy might slow too quickly and slip into a recession. Unfortunately, historical data suggests that a recession is typically the antidote for high inflation, not the consequence. Economists Alex Domash and Lawrence Summers reasoned in their recent NBER working paper, “A labor market view on risks of a U.S. hard landing,” that high inflation coupled with a tight labor market almost always ends with a recession. Moreover, history shows that when the Fed increased rates over the neutral rate, the economy slowed, and a recession followed (except for 1994.)

There are two key takeaways for investors: first, a recession is not a preordained outcome; second, according to NBER, the average recession lasts about ten months, while the average expansion lasts 57 months. Investors should remember recessions are part of the normal economic cycle. Staying diversified and maintaining a long-term perspective is paramount to navigating these uncertain times. 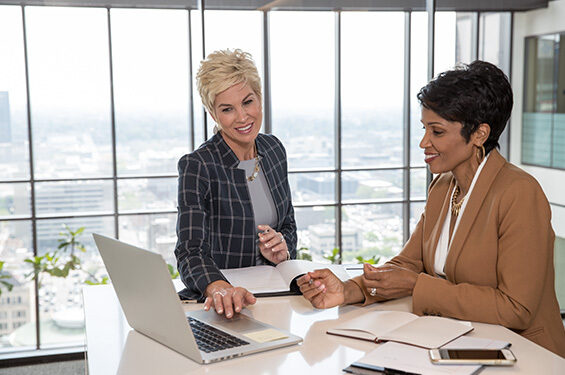