Talking about the unique financial needs of LGBTQ+ clients. 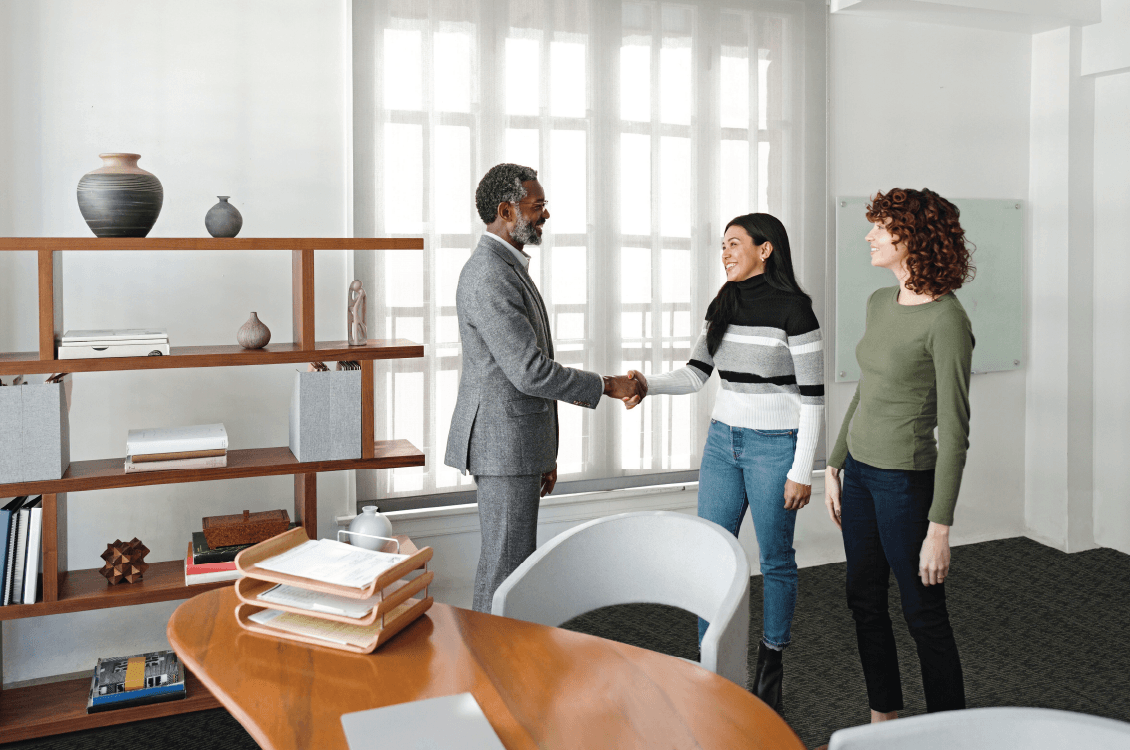 Our recent poll1 of 1,000 individuals who identify as LGBTQ+ found that nearly two-thirds of LGBTQ+ individuals (63%) feel that most financial professionals do not understand the unique financial challenges of the LGBTQ+ community.

To help close the gaps in financial confidence and planning among members of the LGBTQ+ community, it’s important for financial professionals to become more aware of these unique challenges, especially those that non-LGBTQ+ clients do not face.

Pride Month is an ideal time to bring to the forefront many of the financial challenges faced by members of the LGBTQ+ community. For a personal perspective on these issues, I sat down with George Schein, JD, ChFC, Technical Director for the Advanced Consulting Group at the Nationwide Retirement Institute ®, to discuss some of the unique financial challenges he sees within the LGBTQ+ community and how financial professionals can best help LGBTQ+ clients develop plans to help improve their financial security.

Rona Guymon: Let’s start with debt, because without question carrying high levels of debt can have a significant impact on planning for retirement. An article on Motley Fool2 found that aggregate debt levels are relatively equal between LGBTQ+ and non-LGBTQ+ Americans, but averages can hide much of the story. For example, a greater percentage of LGBTQ+ Americans have student loan debt (37%) compared with the general U.S. population (21%).

George Schein: I can speak to the student loan debt issue from my own experience, as well as through anecdotes shared with me by a number of close friends and fellow members of the LGBTQ+ community. The general consensus in the gay community that it is NOT right to out anyone before they are ready, and LGBTQ+ mentors will typically tell younger LGBTQ+ kids to come out only when they feel it is safe. I explain this generally accepted unspoken rule in order to link it directly to a very important factor that allows teenagers and young adults to feel safe to come out; and that is feeling confident that financial support from parents will not be withdrawn or withheld. Unfortunately for some LGBTQ+ adults today, when they came out when they were younger, financial support was prematurely withdrawn when parents and other caretakers learned the truth about this aspect of their child’s identity.

For me personally, I didn’t tell my parents I was gay until they made my last undergraduate tuition payment, because I worried my parents would cut me off financially. In pursuing my law degree, I essentially “ran away” to a school 800 miles away from home and borrowed a six-figure sum, opting to pay out-of-state tuition because I felt the need to escape from my disapproving family. At the time, the drama at home was pretty stressful. So, I thought, maybe absence will make the heart grow fonder, and with time and space my parents could better come to terms with having a gay son. Although it felt like the right decision then, and I did receive a great legal education from one of the top law schools in the country, in the long run it had and continues to have negative financial ramifications that impact my life to this day, 15 years after graduating law school.

It’s a decision I regret to this day – at least once a month, as I make my law school student loan payment. Had things been different, I could have attended an in-state law school on scholarship with almost no tuition costs and taken on very little debt. The decision I made at 21, heavily influenced by my emotional state as I dealt with coming out to my family, ultimately led me to borrow over $110,000 over the course of three years of law school, instead of the $20,000 I would have needed for three years at the in-state law school, not to mention all the accrued interest since then.

Granted, this is my own experience, but I know it’s not uncommon. I have many friends who were cut off financially by their parents or families when they came out, which also occurred during their own transition to early adulthood. When this happens, college age kids and young adults are abruptly forced to navigate financial independence at a relatively young age, often without much background knowledge or education in financial matters.

RG: Not only do many LGBTQ+ people enter adulthood with a significant student debt load, they’re also looking at high costs of living. A recent flash poll conducted by the Nationwide Retirement Institute found that inflation and housing costs are the top two financial challenges for LGBTQ+ individuals.

GS: Yes, and there’s a reason why LGBTQ+ community sees the high cost of housing and rent as a bigger financial issue than the overall population. LGBTQ+ individuals tend to live disproportionately in larger cities that are rightly perceived as more inclusive and accepting than other parts of the country. The decision to live in these higher cost areas makes perfectly rational sense. Larger metropolitan areas are much more likely to have city-wide ordinances and rules in place that prohibit discrimination in housing, essential services and employment based on real or perceived LGBTQ+ status. Living in these areas therefore provides more opportunity for employment and housing security, as well as provides a general atmosphere that can better ensure its LGBTQ+ citizens physical and emotional wellbeing.

However, the trade off to living in areas where LGBTQ+ individuals can flourish is that other people want to live in these areas, too. And as we all know the basic rule of supply and demand, this means that these inclusive areas also tend to have higher costs of living. When individuals spend more money on the costs of living, there’s less to save for their future, which has long term implications for retirement savings.

RG: Although it’s embarrassingly recent, the arrival of more inclusive marriage laws create financial opportunities for LGBTQ couples. While marriage brings benefits, many people may not realize there are potential negative impacts for LGBTQ+ couples who choose to marry as well. Could you explain?

GS: Of course. On the positive side, long-time LGBTQ+ partners of high net worth who choose to marry now have better estate planning options. That is what the Windsor decision, the 2013 U.S. Supreme Court decision that granted same-sex marriage recognition at the federal level, was all about: the opportunity for high-net worth same-sex spouses to pass their estate to one another tax-free, just like opposite sex spouses could. The recognition of same-sex marriages at the federal level, and then from all U.S. states equally thanks to the Obergefell decision in 2015, both attributed to legal assurances and protections that create better access today to survivor benefits in many financial products, including life insurance and annuities. Social Security benefits for LGBTQ+ couples who marry are also positively impacted.

On the other hand, marriage can sometimes have a negative financial impact in certain circumstances. In the case where both spouses are high-earners, if they marry they may be subject to the marriage penalty that sometimes applies when two high earners marry and combine incomes. For those LGBTQ+ individuals with children from a previous relationship, choosing to marry may be detrimental to the amount of college financial aid children receive, as the income of step-parents may then reduce the amount of financial aid for which those children may qualify.

For LGBTQ+ couples looking to build a family, there are costs for adoption, surrogacy or invitro fertilization that non-LGBTQ+ couple are less likely to face. These are all very expensive options before even considering the ever-increasing costs to healthcare and education that all parents face for their children. These financial considerations and how they impact LGBTQ+ couples differently from opposite-sex couples are likely not something many financial professionals really take the time to think through and understand.

RG: Alright, so let’s talk about living in retirement. Once there, do LGBTQ clients have any unique considerations?

GS: One consideration for LGBTQ+ clients that financial professionals should really pay attention to is long-term care. First, consider the fact that LGBTQ+ individuals are two-to-three-times more likely to live alone and are four-times less likely to receive care from another adult child.3 This leaves an obvious lack of care options on which many other non-LGBTQ people rely on.

Then, if forced into more formal caregiving situations such as assisted living, there’s the increased potential for discrimination, or even outright rejection, from a care provider. There is also the general mental discomfort a person may feel living in a care space that isn’t inclusive. So, having funds set aside to pay for the affirming care elderly members of our community want and may eventually need is a really important financial consideration for LGBTQ+ individuals to plan for.

RG: You’ve offered a number of specifics for financial planners to consider for their LGBTQ+ clients that are different from their non-LGBTQ clients. Is there anything else that could be addressed in the client relationship that could help both the financial professional and the LGBTQ+ client in planning for a more secure future?

GS: I think it’s valuable for a financial professional to do enough due diligence on the financial considerations of LGBTQ+ clients, so that the clients don’t have to call out these considerations themselves. If I seek out advice on my family’s finances, I don’t want to feel like the financial professional is uncomfortable or doesn’t “get” me and my family’s concerns. I want them  to be able to have a solution in mind. I don’t want to have to explain an issue that they have never thought about and therefore do not understand. And I am not alone in that desire.

Our recent poll found that the majority of LGBTQ+ individuals want to work with financial professionals who also identify as LGBTQ+, or at the very least acts as a vocal ally for the LGBTQ+ community. Whether that means they put up a booth and pass out marketing collateral at a Pride festival or march in a Pride parade, or just actively recruit LGBTQ+ clients. If you are an financial professional who wants to work with LGBTQ+ clients, let them know. CFPs can update their profiles on the CFP site as knowledgeable on LGBTQ+ concerns.

RG: George, thank you for taking the time to share your thoughts and experiences on these important topics. It’s valuable to hear perspectives from people in the LGBTQ+ community on the unique challenges we face. Financial professionals can also find these perspectives valuable as they seek to help all Americans improve their financial outlook.

GS: Thanks, Rona. I appreciate this opportunity.

4 cybersecurity tips to help minimize risks when working from home

As many of us continue to work from home or have a hybrid work model, these tips can help minimize cybersecurity issues. 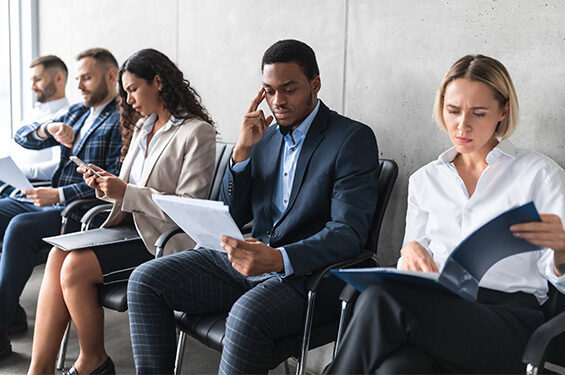 In this Extraordinary Conversation, leaders from two FARE member firms are joined by an HBCU student & a young professional pursuing her CFP certification.

Wellbeing throughout the Holidays: A letter to my 5-year-old son Zeke

When dealing with the financial world, it can be easy to feel worn out after the end of a turbulent tax season or the start of a volatile market cycle. Wellness professional Kim White shares her thoughts on how to deal with challenges in a letter to her 5 year old son.