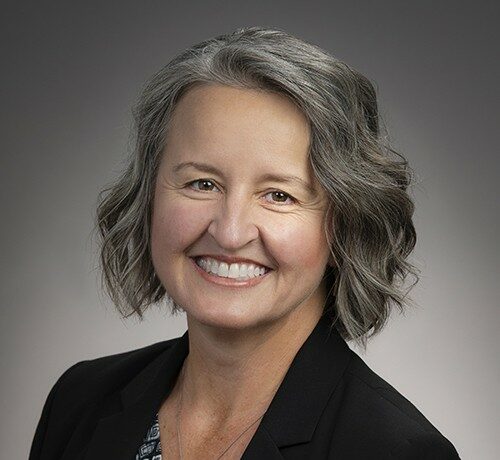 Rona Guymon is SVP, Annuity Distribution for Nationwide Annuities. In this role, she is responsible for distributing commission-based and fee-based annuities across all channels, including broker/dealers, wires, banks, IMOs, registered investment advisors, technology platforms and other partners. Rona is a seasoned executive in the financial services industry, committed to creating greater value for financial professionals and their practice. Rona is also the Executive Sponsor of the Nationwide Pride ARG at the Scottsdale campus.

Rona was previously the Vice President of Brokerage Annuity Distribution. In this role she was charged with leading a group of 100 wholesalers, managers and home office team members in the strategic initiatives required to meet Nationwide’s distribution goals.

Rona maintains a very active lifestyle that includes playing drums in a local rock band and while she’s retired from playing on a competitive women’s softball team that traveled the country playing tournaments, she has become more focused on golf. Recently, Rona has accepted a position on the board of St. Mary’s Food Bank in Phoenix to help fight food insecurity. Rona resides in Phoenix, AZ with her spouse of 19 years and their dogs Bert and Ernie.